. . . we prayed and then drove to the court house. I was worried, “keyed up.” My soul was encased with weeks – months – years of prayer. The anxiety caused me to be somewhat “punch drunk.” I wanted to glorify God no matter the outcome of this sentencing.  Family and friends filled the courtroom. I felt blessed. Our daughter and son-in-law sat at the front of the courtroom, waiting to be called up before the judge. But we waited a length of time while others stood before him. Some offenders were being arraigned. Others were being sentenced. As we heard those sentences, my physical gut tightened and my mind became frightened. The judge was giving harsh sentences for seemingly minor offences. When these “criminals” went forward to be sentenced, their family members shuffled in and out of the courtroom. Sometimes one or two family members observed. Sometimes none. None of these people, these “criminals” or their family members, had the support our daughter and son-law and Ron and I had. We waited. And watched.

A young woman, crying, sat alone at the side of the courtroom.

I went over, sat beside her, and put my arm around her, hoping to console her. She told me about her sister who would be arraigned on this day. 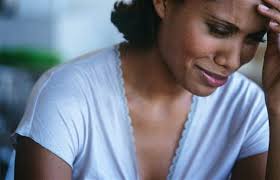 Her short story was filled with hopelessness – a background of abuse and hate, a story of drugs, a child taken from her mother, no money for bail. I asked if I could pray for her and her sister. She allowed me to.

Although I prayed for her sister by name, my prayer was for all women invaded by the enemies of abuse and neglect, deceived by the demons of a myriad of drugs. My prayer was also for their crying and neglected children, entwined in the lost cycle of it all, people for whom I now had a greater empathy and a sincere concern. “Christ,” I said. “We fight under your banner. Lead us.”

Soon her sister, handcuffed and dressed in orange and white stripes,  stood before the judge. The arraignment was stated. The officer led her from the courtroom. The young woman with whom I had spoken smiled a thank you through her tears as she left the courtroom. I returned to my seat and waited our turn.

I thought of the first time, nine months ago, when I had entered this court house. I remembered seeing my daughter and her husband in shackles. I recalled the many court appearances speckled throughout the months between then and now, during which I had seen other women and men shuffling down the halls of the court house, in the faded striped coveralls, shackled hand and foot.

Some hung their heads in shame; some were frightened; some smirked. No matter their demeanor, my heart had ached for each one; my hate for the deceitful enemy who had caused it all was fueled on those days and refueled today.

But on this day, my awareness of the Father’s great love for all and the saving grace of Jesus Christ was foremost in my awareness. Now I looked at my daughter, her beauty and health returning to her once-addicted body, and at my son-in-law, now a true man in every sense of the word, and I thanked God. They sat together, knowing that most likely, they would be separated from this day forward, and separated from their children, as well, for a lengthy time. But they faced the consequences of their sins and crimes, thankful that God had saved them out of their depression and addiction, thankful that they had a bright future in Him.

The judge had stepped out after the young “sister’s” sentencing – then had reentered the courtroom. “All stand,” the court assistant instructed . . . Then called our son-in-law forward …

I’ll send it out to you asap!