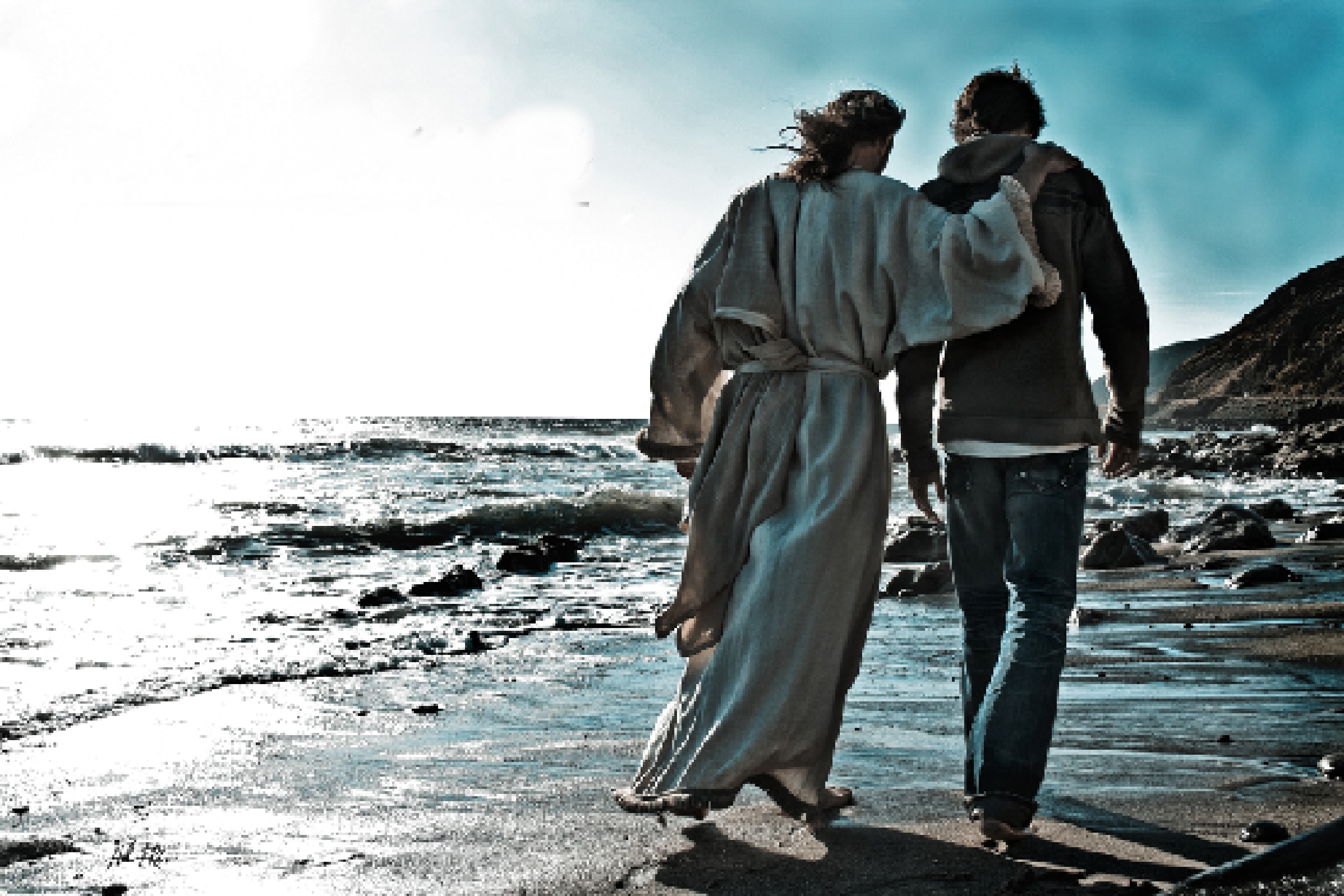 Pharoah, the ruler of Egypt – the enemy of the Israelites – detested the words of Moses and Aaron regarding God’s plan for the Israelites. He referred to their words as lies and told his overseers to “Make the work harder for the people so that they keep working and pay no attention to lies.”[1] 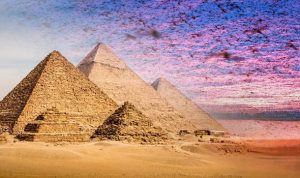 You are most likely familiar with the many plagues God put upon Pharoah and the Egyptians to force Pharoah to let the Israelites go – to let them leave slavery in Egypt.

END_OF_DOCUMENT_TOKEN_TO_BE_REPLACED 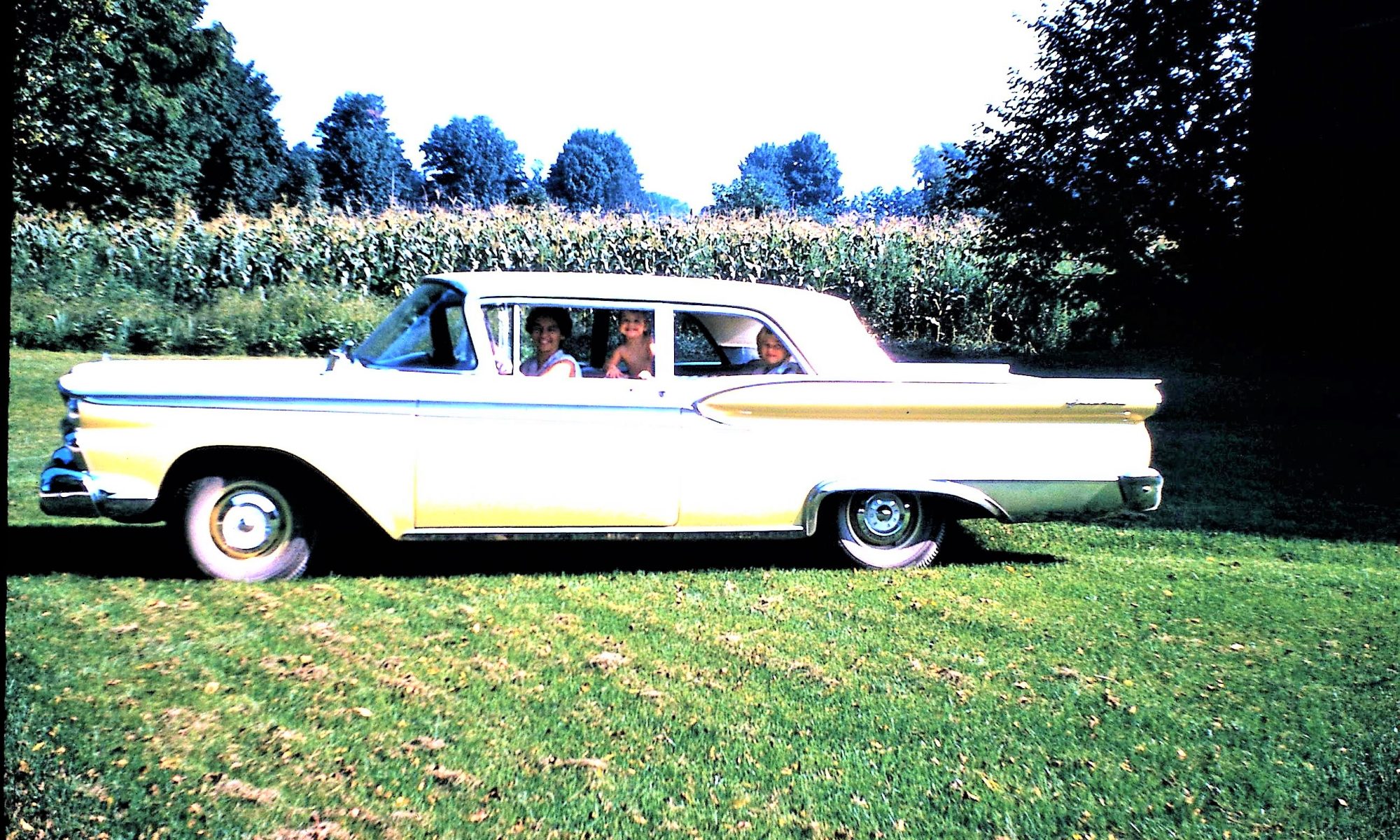 Walking through the house one Michigan summer morning, I heard the “honk” of a car. I didn’t know if it was on the TV or from a car going by. But it brought back some memories. Perhaps you can relate.
END_OF_DOCUMENT_TOKEN_TO_BE_REPLACED 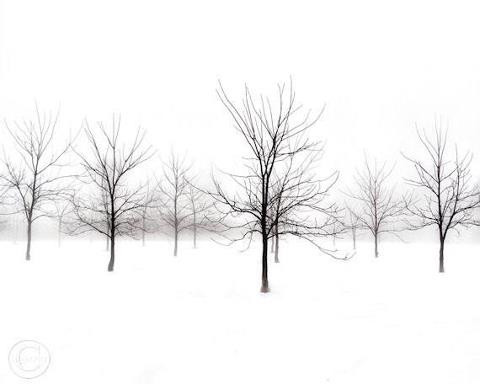 Christmas is for kids – 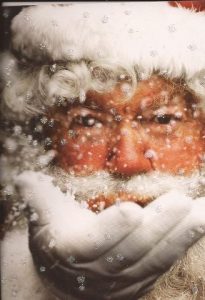 innocently believing in a Santa Claus. Believing that someone cares SO much that he wants to bring you a gift.

END_OF_DOCUMENT_TOKEN_TO_BE_REPLACED Saturday, April 7, 2012
I awake early. It seems not a moment passes until I realize what today holds. The pain of the last days coats my face with huge wet drops and chokes my throat. Breathing is only possible if I stand. I cover my face with tissues and quietly move down the hall, peeking at my sleeping grandchildren, closing the doors of their bedrooms with the skill acquired from years of motherhood and now Nana-hood. Ron is making the coffee, while I step onto the back porch, a box of tissues in hand, striving to control my sobbing, distanced away from the sleeping ones. The sun shines through the trees and pierces my soul with the faithfulness of its Creator.
END_OF_DOCUMENT_TOKEN_TO_BE_REPLACED 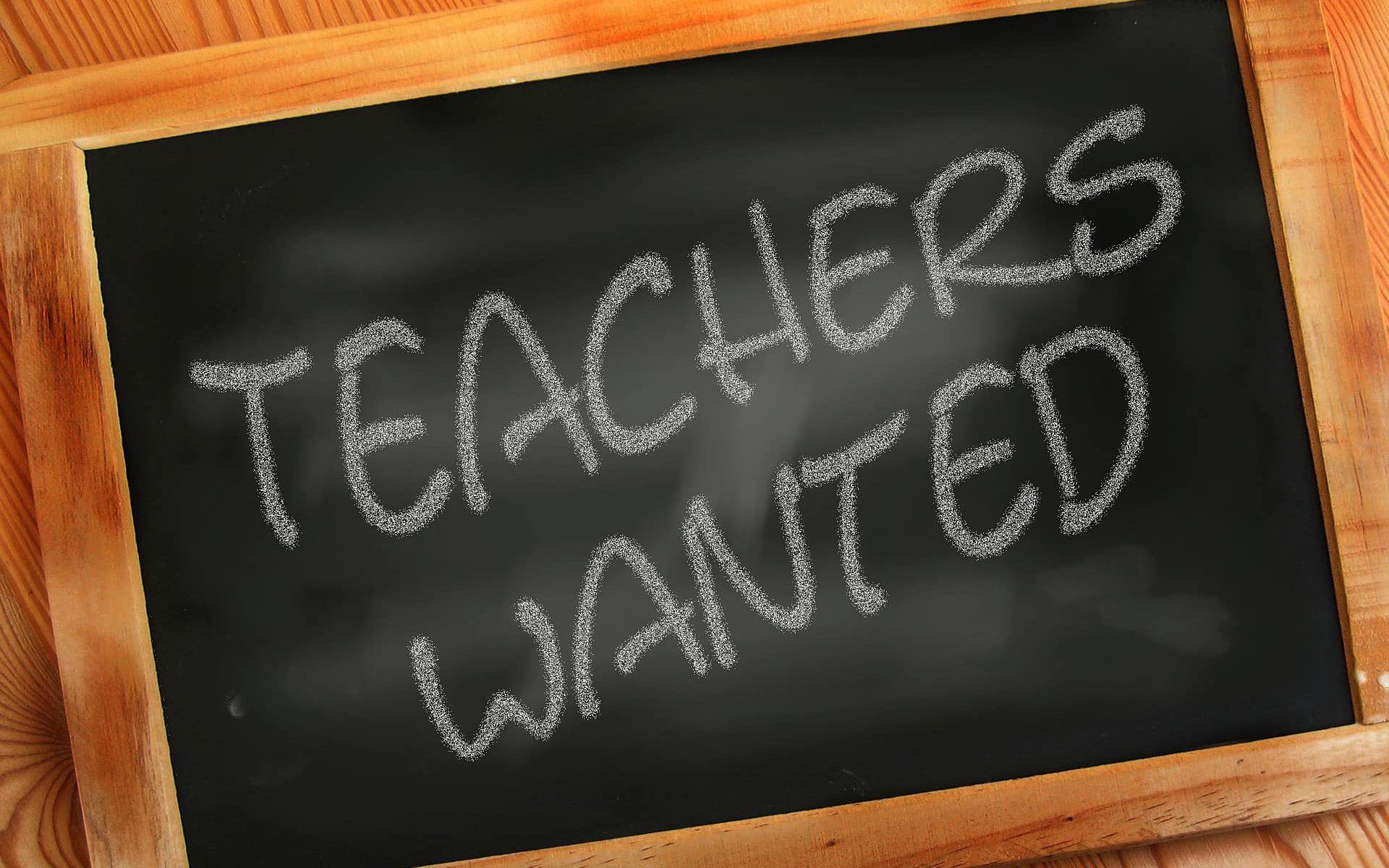 The call came.
‘Seriously? Me? Now?
The prayer began. Asking the Lord. Should I? Show me.
He did.

So the work begins – just days before school starts. It may be a brief stint, but I pray it’s a potent one. 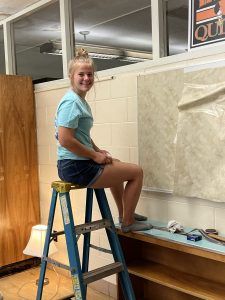 The work starts with the room. It’s been a thing with me since my first day of teaching so many years ago. Part of myself. The room must be ready before I begin the lesson plans. Kaylee spends a day helping – really helping! Little do we realize that her schedule will change a few days later and she will actually be a student in one of my classes! How many people get to teach their granddaughter about Literature? It’s just the first of many blessings.

END_OF_DOCUMENT_TOKEN_TO_BE_REPLACED 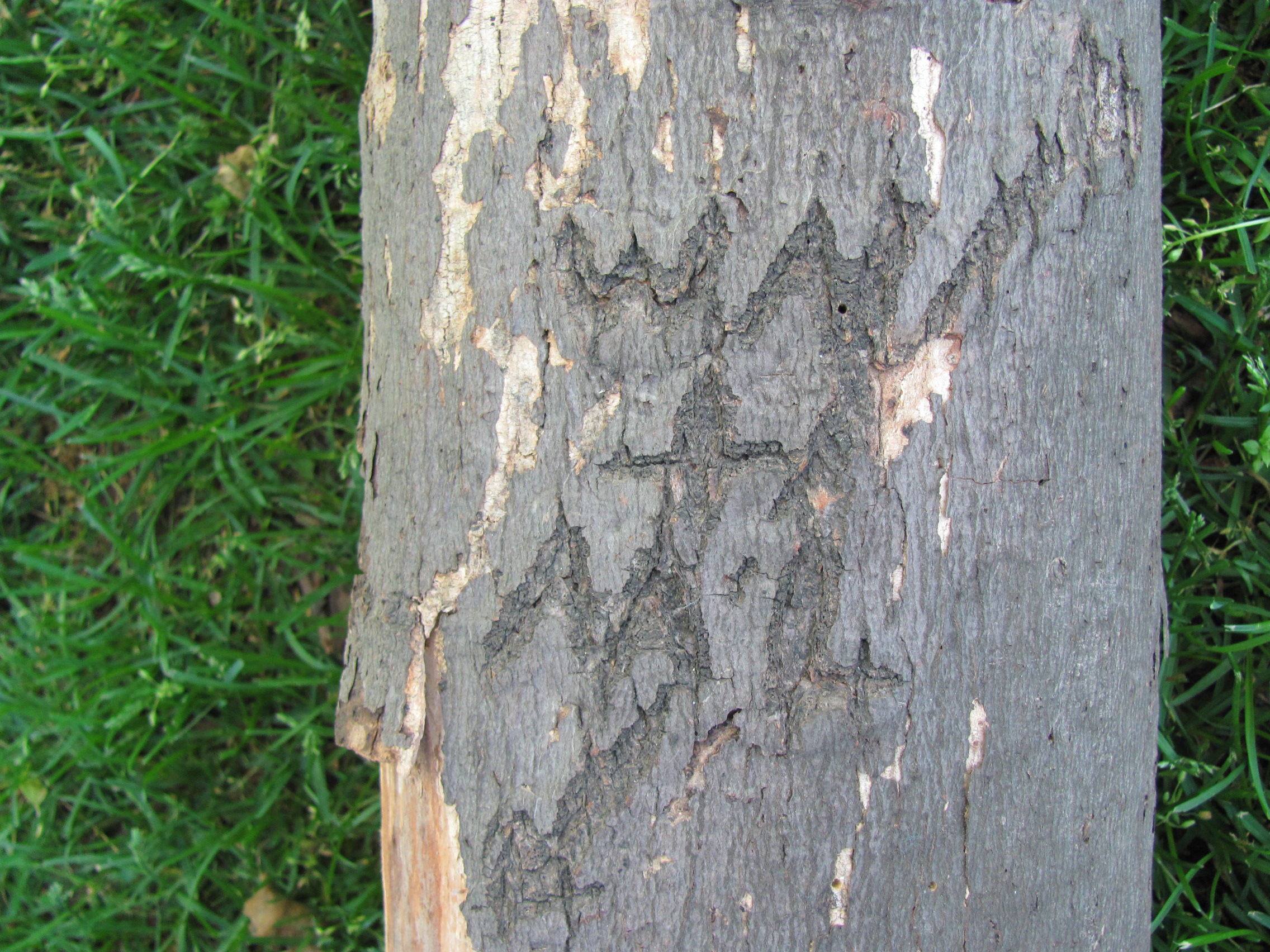 Margie lived in a small, white farmhouse,  two miles from the little country church in Butler Township. On Sundays, she, along with her brothers and sisters, sauntered the dry gravel roads to church. The parade of children was led by their stern and proper matriarch, Grandma Locke, who lived with the family, as was the custom with many in the first half of the 20th century.

Wayne, on the other hand, was one of an even larger batch of children. He lived twenty miles away in Ovid Township, in a yet smaller white farmhouse. And on Sunday mornings, in contrast to Margie,  Wayne, alone, walked the dry gravel roads (or wet in the rains, or icy in the winter)  to meet up with a traveling pastor, who faithfully drove from Ovid township on Sunday mornings and evenings to preach at Dayburg Baptist Church in Butler township. 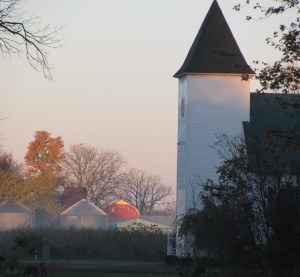 In and around that quaint little building and its grassy churchyard, Margie and her brothers and sisters met young Wayne. The Locke family took to Wayne, which led to him spending long Sunday afternoons with them at their country home. Later in the day, after the Sunday evening service, Wayne would ride with the pastor back to Ovid Township and walk the short mile home. 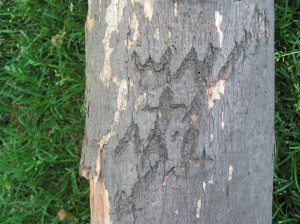 Wayne’s friendship developed with the Locke family, and later,  with Margie. One summer afternoon, the young couple crossed the creek, and ambled through the woods between the church and the cemetery on the hill. In this woods, Wayne carved their initials, connected by an arrow, into the trunk of a young tree:

Days passed. Months passed. The young tree reached for the sun above. Occasionally the skies were gray, but the sun always shone again. The tree kept reaching.

By the time Wayne graduated from Coldwater High School, the United States had entered World War II. He signed up and served overseas for three years. Oh how he missed the little country church and his sweet Margie! Meanwhile, Margie worked in a factory, keeping busy to help the war effort and her family.

The tree was still growing, and as it grew, the imbedded letters widened – the arrow tightened the connection between the pair of initials.

The years dragged. The young couple corresponded, and their letters spoke of love and of marriage. 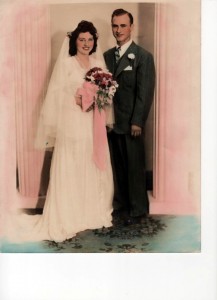 In 1946, Wayne came home, and he and Margie were married at the little country church – just a few hundred yards from that carved tree in the woods.

Soon, they bought a farm near that woods behind the church where they had one day wandered. The creek bordered the farm on the south. The beautiful yellow farmhouse sat on the hill, midway to the northern property line. It was a house Margie had admired since she walked the dusty roads as a child, many years before, and now her dream had come true.

They served the Lord together in the little country church and raised their family in the yellow farmhouse –  both just a few hundred yards from that carved tree in the woods.

The sun often shone in the woods between the church and the cemetery on the hill, but occasionally skies became overcast and gloomy. Oppressive rains darkened the carved letters in the tree. The storms raged. But the sun always came out again and dried the bark of the tree. Then the carved letters laughed and sang in the light of the Son. The tree flourished and praised its Maker. The tree aged but stood strong and solid. The years passed . . .

. . . nearly sixty-six years! Then the eyes of Wayne’s old body closed for the last time – never to open again. His soul went up, high above the tree, through the sunlight of the early March morning and into the presence of his Maker; and a month later, on an April day, Margie lay, yearning to follow her beloved Wayne. She raised her aged,  purpled forearms toward the heavens, reaching toward the Son – and then she followed him. 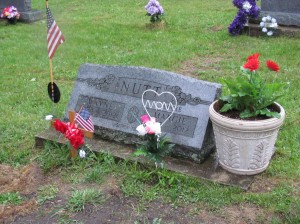 Their old bodies are buried together in the cemetery on the hill – just a few hundred yards from that carved tree in the woods!

A tombstone bears their names and the dates of their births and deaths. Between their names, two words are carved in the gray granite: Together Forever.

When a stranger meanders throughout the cemetery and pauses to read those words, he probably smiles and thinks, “How sweet! The old couple is forever buried together here in this little country cemetery.” But when those of us who knew Wayne and Margie read those words, we laugh and sing in light of the Son, knowing that the young couple is Together Forever in heaven! 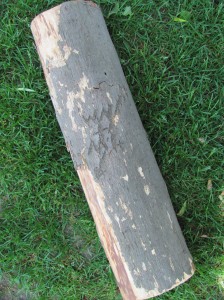 If you stand high on the cemetery hill and look over the dark green tops of the trees in  the woods below, you’ll see an empty space where the carved tree once stood – empty because the tree died, too. But if you look deeper, down through the green, onto the floor of the woods, you’ll find saplings and seedlings, sown from the seeds of the old tree. They’re growing and reaching up toward the sky and the sun. They welcome the spring rains but are frightened of the fierce storms of late summer and winter. They grow taller and stronger in each season, and they praise their Maker as they see the Son after each storm.

And when you stand on that hill, if you are very still, and if a soft breeze is coming from the church yard below, ruffling the tops of the trees throughout the woods, you’re apt to hear a duo of voices whispering, Together Forever. And when you do, you’ll find yourself laughing and singing in the light of the Son. 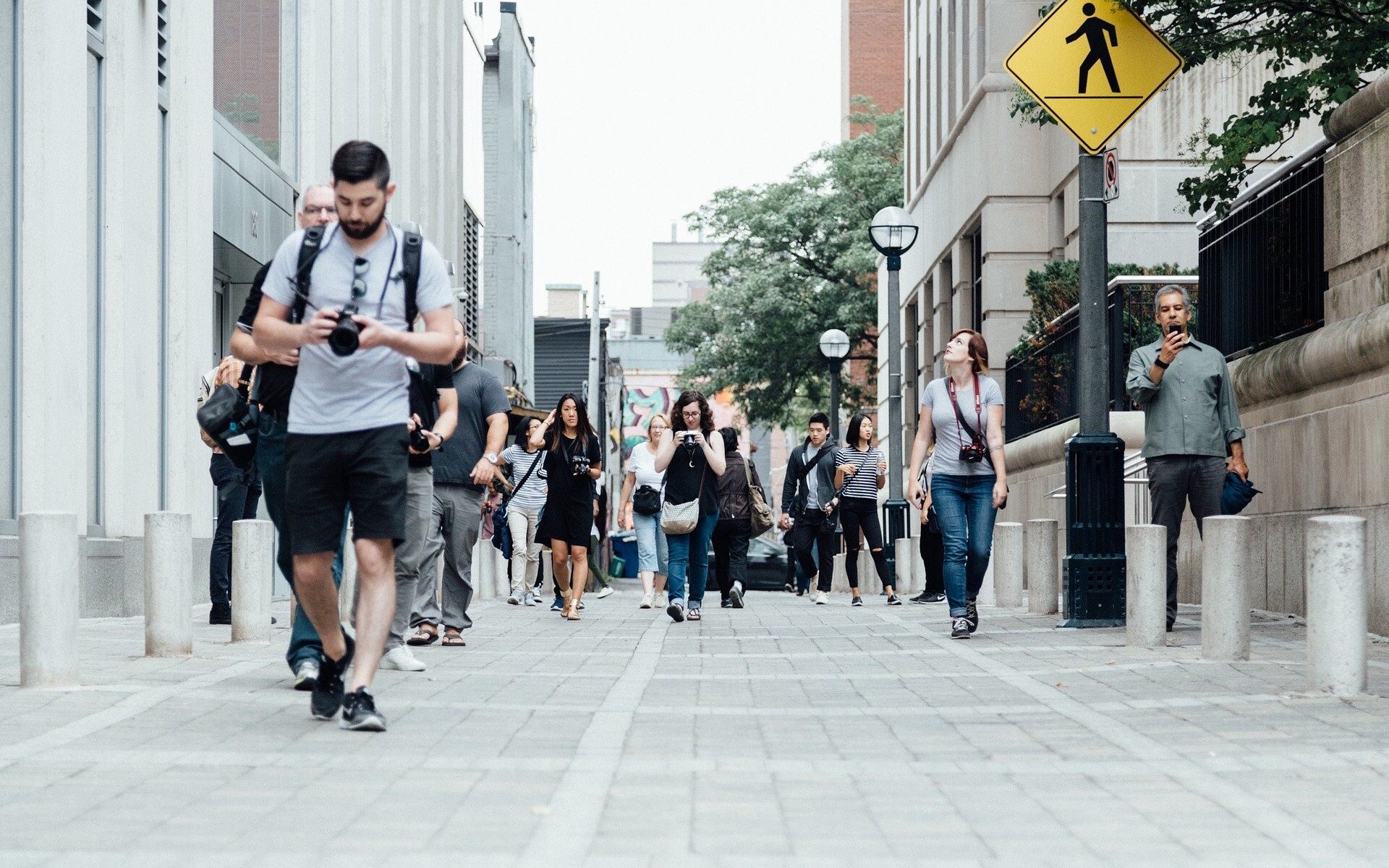 Today, I was reading about Jesus. It’s the story of Jesus at a dinner. All four gospel writers record it. Perhaps you’ve heard it – or read it. 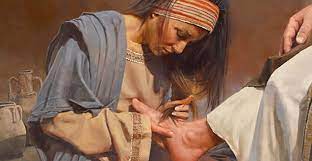 A woman comes in to the house where the dinner is held, obviously uninvited,

END_OF_DOCUMENT_TOKEN_TO_BE_REPLACED 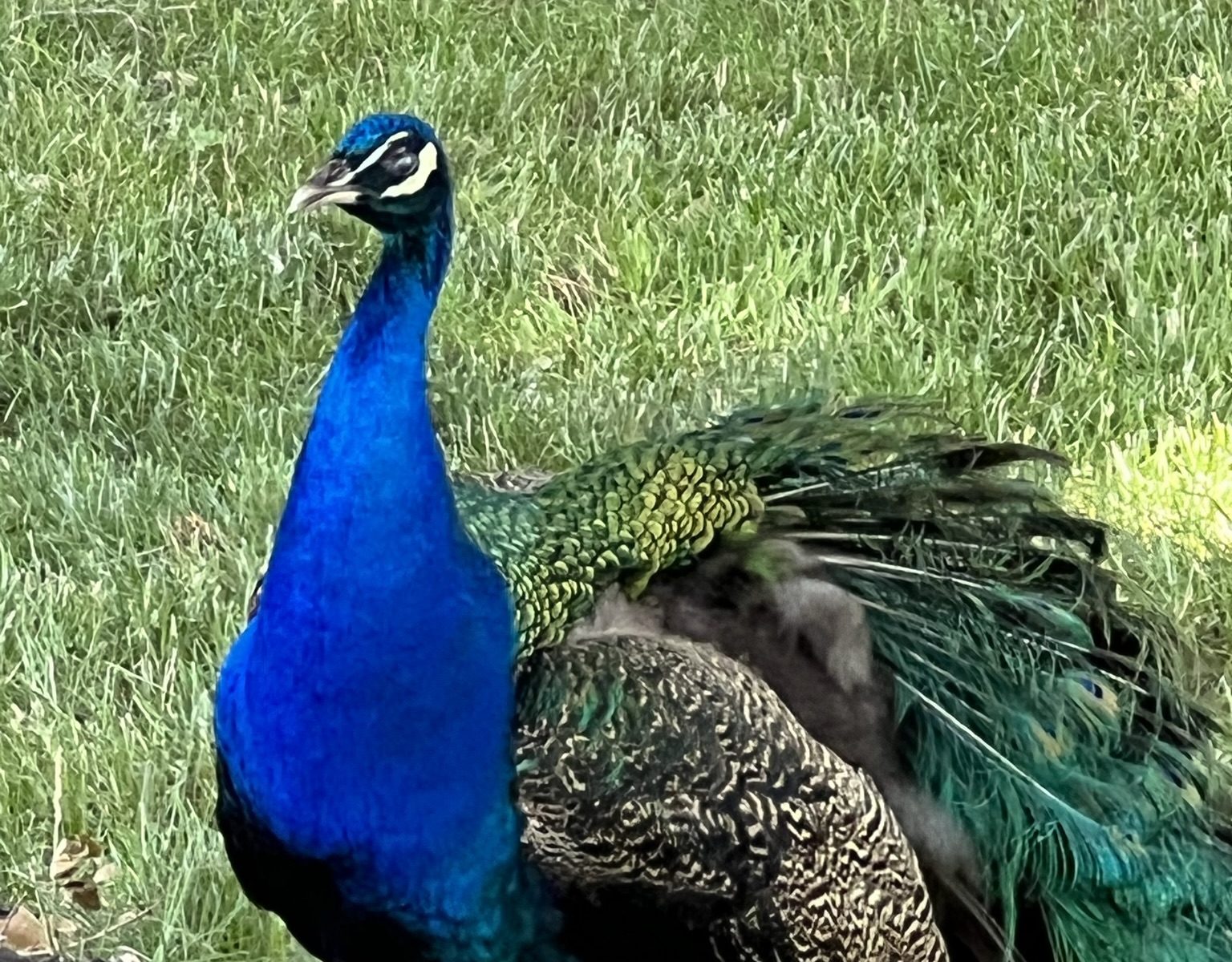 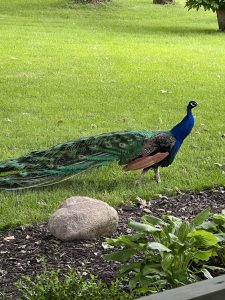 He couldn’t help being “cocky.“ That’s how God made him, the very peacock that he is (was). Through the years, I’ve witnessed  the “cockiness” of the wild turkeys that strut our yards and fields – of the pheasant that crosses the road as though he owns it, which he does! Likewise, it was the innocent, stately, God-given confident “cockiness” that brought about Gary Hancock’s demise yesterday afternoon as he crossed the road he assumed he owned.
END_OF_DOCUMENT_TOKEN_TO_BE_REPLACED 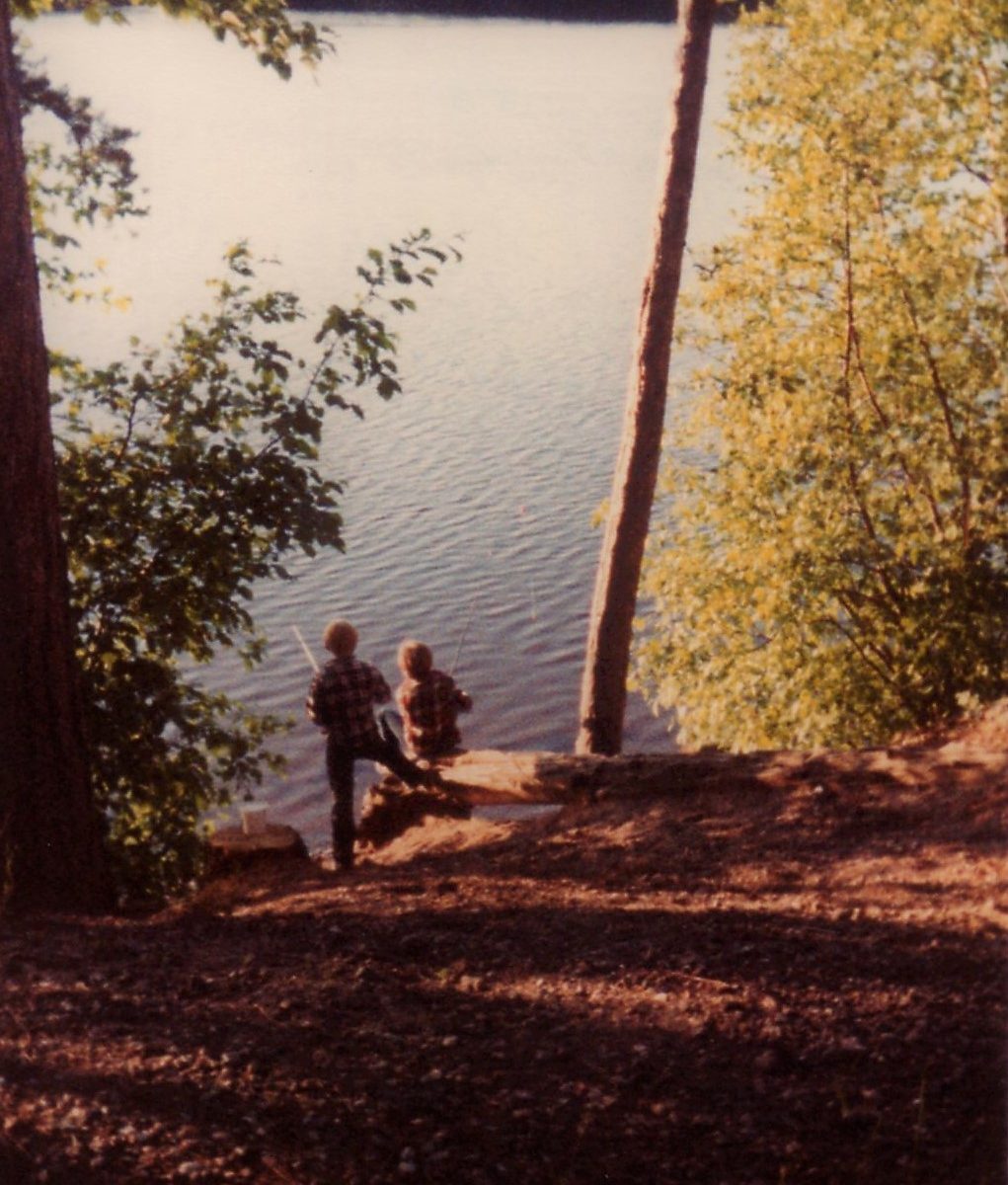 When we travel to a location, we don’t consider that location to be our “destination.”  Instead of a “place,” every mile, every jaunt, of the trip itself is our destination.

END_OF_DOCUMENT_TOKEN_TO_BE_REPLACED 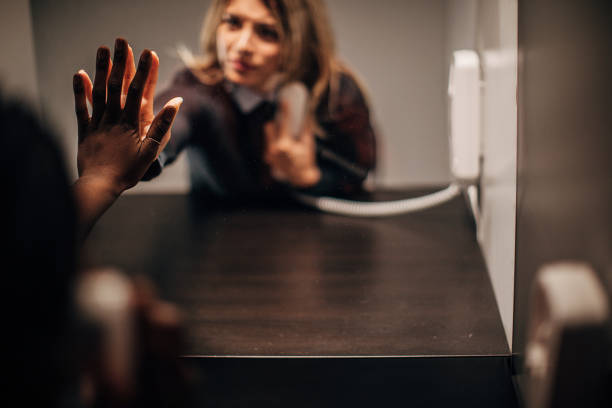 . . . nothing will be able to separate us from the love of God that is in Christ Jesus our Lord. Romans 8:39

Do not park in the front drive.

Do not take anything into the visiting room.

Sit at all times.

Do not touch the glass.

I drive to the jail, which I have passed many times in my life on my way elsewhere, to the grocery store or to school. Today, it is my destination.