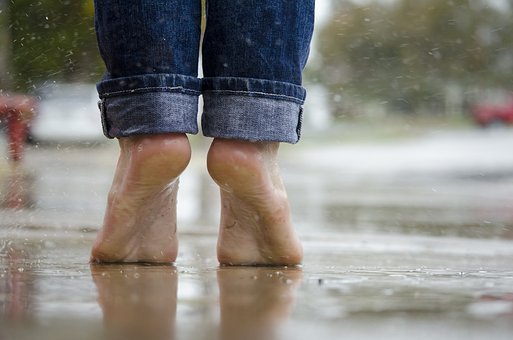 The world doesn’t know the meaning of it. The believer should. 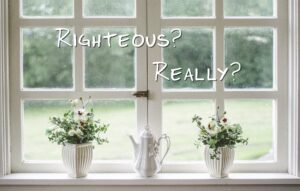 Before we became believers, many of us thought, as the world does, that the gift of salvation was too good to be true – we had to work for it – we had to become righteous by ourselves. So we tried. Of course, we found it to be impossible. The world confuses the two words and their definitions: “righteousness” and “self-righteousness.” The devil pellets the believer with lies, time after time. We hear smug comments like, “You think you’re so righteous, don’t you?” intended to beat us down. And sometimes, they do. If we let them. The devil doesn’t want that word, righteous, in our hearts for even one minute. He hates God’s word. Thief that he is , he immediately comes to steal it from us (John 10:10).

We sometimes respond in what we believe to be a “Christian-like” defense, saying things like, “I’m only a sinner saved by grace.” It’s true, in a way. We were sinners. We were and are saved by grace. But perhaps because it seems too good to be true, because we did nothing to deserve it, we shy away from the truth that God sees us as “righteous” in Christ Jesus! (2 Cor. 5:21) God doesn’t see us as sinners any longer. He sees us as His. He sees us as the redeemed. He sees us as righteous.

I am righteous in God’s eyes. I need to remind the devil of it by speaking it aloud:

My sin was put upon Jesus! I am righteous in Christ Jesus!

And because I am righteous in God’s eyes, I want to thank God:

Thank you, Father, that You made Jesus who had no sin, to be sin for me, so that in Jesus, I was made righteous in Your eyes.

You, too, can be made righteous in God’s eyes. Click here to learn more

2 Replies to “You don’t need to “tiptoe” around the word “righteous.””