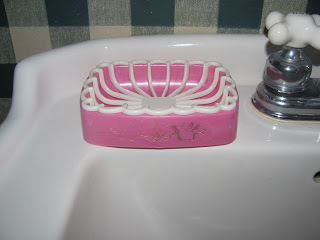 The soap dish held court at various locations in the old Victorian home—the big yellow house—as it sustained its royal status through the years the family lived there. It doesn’t look like much. And to most, it probably isn’t much. Just a soap dish, from Kresge’s, one might assume. Probably purchased in the 50’s. Pink plastic with removable drainer. The gold trim of its crown nearly worn from years of scouring with Comet Cleanser. One might easily overlook the esteemed position it held through the years. 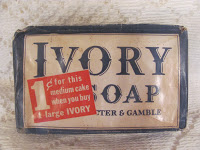 Court was held upstairs beside the claw foot bathtub. The woman scooped the white Ivory bar from the dish, scrubbing the children’s skinned knees and alfalfa-entangled hair before wrapping them in blanket-sized towels and carrying them one by one to the warmth of the oversized register to dry and dress in their flannel pajamas. 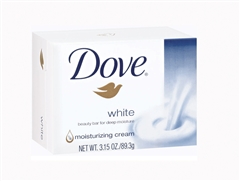 At times, court was held at the newly added sink in the small half bath, which had been added many years prior, in the empty space under the stairway. The woman placed a new Dove bar (her favorite) in the clean soap dish, and the bar lasted a long time.

The years passed; the children left the big yellow house; and the soap dish with the Dove bar was one day replaced by liquid soap in a sterile, aloof, pump dispenser. 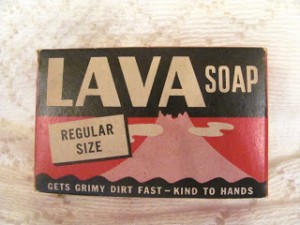 Court was then held in the back room of the old house, aside the jumbo cast iron sink and the old pitcher pump. LAVA soap filled the dish now, and the man used the LAVA bar several times a day, faithfully scrubbing his aging hands, shredding evidences of hours of labor on the land and in the woods. The soap dish was often covered with the dirty, dried bubbles of the resultant purification process. The woman used more Comet Cleanser, more often.

Again, years  passed; the old man and the old woman left the big yellow house; and the pink, plastic, old soap dish sat alone, empty, and covered with dried pumice, a simple, quiet remembrance of the old man, the old woman, and their family.

Now grown, the little girl, who had overlooked the pink, plastic soap dish many years before, and to whom the soap dish had once seemed silly and unimportant, suddenly recognized its royal position and gently cleaned it and placed it at a prominent place in her home, allowing the soap dish to once again hold court . In a time of scented, foaming, liquid soap choices, the soap dish now holds a plain, white bar of Kirk’s Castile and is regularly but delicately cleaned in an effort to maintain its royal position. It doesn’t look like much. And to most, it probably isn’t much. But to the little girl, it’s another confirmation of her royal heritage. 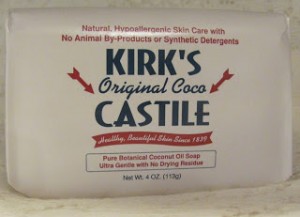 One Reply to “The Old Soap Dish (Revisited)”